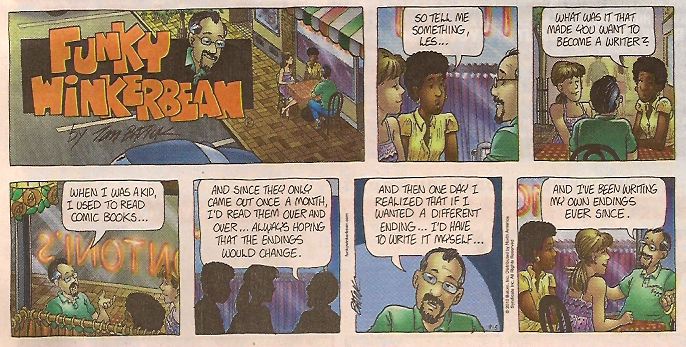 This type of game is based on navigable narrative. `programmed text terminology relating to instructional materials -> solitaire suitability - note the similarity of the theme expressed in the cartoon to the product concept promoted by Tom Hanks' character in the movie Big

Referee/ Roll Your Own

This is a link to a download site for a free version of Arnold Hendrick's Barbarian Prince paper & pencil programmed text (case) game in Adobe Acrobat (.pdf) format: dwarfstar.brainiac.com/ds_barbarianprince.html.

This game was originally published by Heritage Games as the leader of a group of boxed microgames called the Dwarfstar line. These featured an attractive map in color on cardstock spanning a large area over which encounters get enacted severally in reference to a rules booklet, in the fashion typical of miniatures gaming.

calog.txt: Here is the start of a sample game partial log. It should be helpful in acquainting a player with the daily routine involved. Some criticism of this adventure has focused on the difficulty of getting started without being killed off.

This is a link to a download site for a free version of B. Dennis Sustare's Star Smuggler paper & pencil programmed text game in Adobe Acrobat (.pdf) format: dwarfstar.brainiac.com/ds_starsmuggler.html.

This game was published as a follow- up text adventure in Heritage Games' Dwarfstar line, set in a far future sci- fi space environment. It's design was promoted as being suitable for use as a mechanic or module for other existing space- based RPGs available at the time; notably Game Designers' Workshop's Traveller.

The paper & pencil games published by this company have returned to the more book- like technique of using descriptive passages to set the scene and provide direction choices for the player, while the detailed combat encounters are then laid out on a hex map board page: essentially the converse of the Dwarfstar model. They follow a scheme initiated in Metagaming's microquest series, but have made a point of reducing the complexity of that company's Melee & Wizard rules by adapting the game rules to the adventure, rather than vice versa.

This is a link to a free version of Dark City Games' Legends of the Ancient World rules set, in Adobe Acrobat (.pdf) format: darkcitygames.com/docs/Legends.pdf.

The Dark City Games site also makes available 2 sample modules for these rules, which incorporate some programming conventions they've developed as construction shortcuts for designing in- house adventures. Here we're offering two case modules of our own design for use with their rules: wupG5.html & rehG5.html; taking particular advantage of the rules' pared- down attributes and generalized specialities giving a RISC- like mechanic for Saving Throws, ideally making them accessible as sidetrips to characters from other RPG contexts.

We ourselves are interested in reenvisioning the appealing Melee & Wizard rules (see also the Foeman app Java program), so have included a paper & pencil introductory subset just for melee combat along with an adventure module for use in conjunction: under fmnG5.html.

Published modules of this style haven't done much looking at solitaire presentations, and D&D is notoriously hard to adapt to a progammed format, in large part because of the variety of editions & supplements released throughout its existence, as well as the unbalancing effects of its emphasis on item acquisition over character attributes. With some finagling, it is possible (yet painstaking) to lay out generally applicable encounters which may lend themselves to cross- platform playable translations. Here we offer some example modules principally composed along the lines of itemized or indexed encounter descriptions.

For a taste of where it was at, here's a programmed text adventure module designed out of the three tome- like AD&D 1st edition rule books from the '70s: nowX1.txt.

An exhaustive, yet purposefully cohesive collection of the core AD&D ruleset. You can get the OSRIC2 .pdf file document as a free download at knights-n-knaves.com/osric/. Or start with a look at en.wikipedia.org/wiki/OSRIC.

This company has sought to extract what might be called a crossover ruleset, from among the earlier revisions of Dungeons & Dragons, giving more condensed rules (a fairly straigtforward complete game, with a great deal of tabular addenda - which is what D&D is all about). This is a link to a download site for their free Labyrinth Lord compendium in .pdf format: goblinoidgames.com/labyrinthlord.html.

Here's a module for these rules, incorporating a bit more of the typically expected programmed decision making: gwlX1.txt.

A skeleton outline for a homemade, allegorical, psychosocial text adventure, one reminiscent of the Pilgrim's Progress, is in programming as a webpage in HTML & Javascript, under: odeG5.html; accompanied for information by a topical map of the world it portrays.

Take it from the top

And an extreme simplification of a D&D- style paper & pencil ruleset, appropriate for Tolkienesque roleplay, being particularly intended for use as a rules- light vehicle introducing that author's First Age settings (operations in resistance to imposed supernatural influences: the Curse) is in preparation under: msqG5.html.