A free Melee starter ruleset download is at whs23.com. It's being made available by Steve Jackson Games as a playable precis of the expanded game.

These rules are designed to employ 6- sided dice, and prefer the use of a hexagonal map grid subdivided into 7- hex megahexes (note the sidebar Melee map illustration), so random map placements can be facilitated by the adoption of a 2d6 as d7 technique: d7.txt.

The basic Melee rules provide all the necessary instructions for this early variety of adventure, developing in its archetypal solo format a modular structure of connected rooms that allows for design of any room as a stand alone component. So for this module, collaboration is encouraged to anyone who'd be interested in contributing a room layout.

The theme in this case lays particular emphasis on avoidance, but still promotes the mystique of swords vs occasional spell- like effects, and a concentration on low- AP suitability.

Rooms are diagrammed upon the Melee map, and an arbitrary coordinate & facing legend is illustrated in the map key at right to use for textual refs.

Here's just an intro with an initial few sample entries for consideration: glbG5.html.

And for The Fantasy Trip's expanded rules, short moderated adventures as:

All Along, (in production: Bayou Bourne, Catch-As-Can) 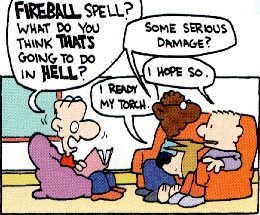